FIM2010: GUI for configuring your scheduler

I described in previous posts how I developed a windows service to schedule FIM. The configuration of this scheduler consists of XML files. Because it is not straightforward to ensure you have a consistent configuration that satisfies your needs, I developed an interface to help with the configuration. The tool itself is built using the WPF framework (.NET 4.5) and has following requirements: 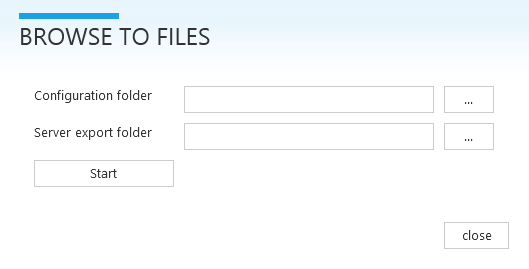 Note that it is possible to use the tool on any server or workstation. After saving your changes you can transfer the configuration files to your FIM server. 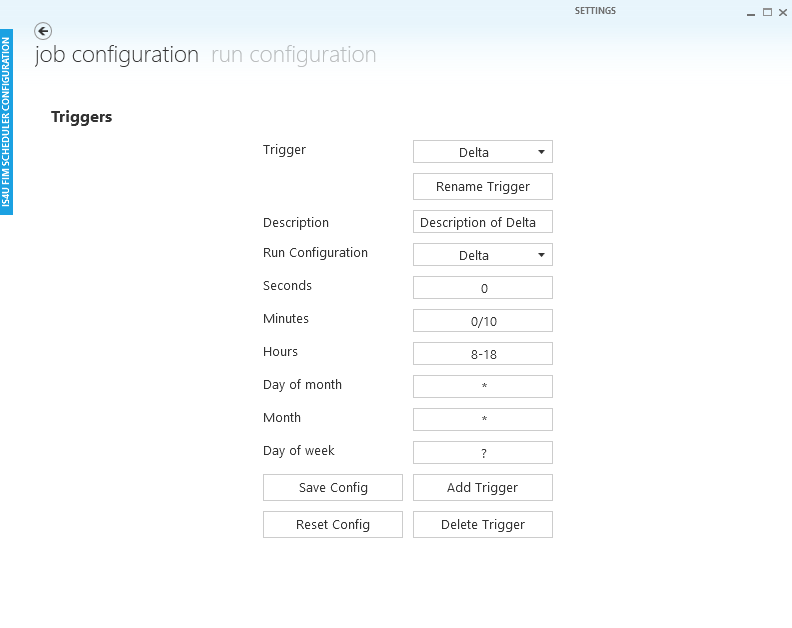 The default run profile is the top most action. Steps that do not have an action defined, take the action defined by their parent. This mechanism allows you to reuse sequences in combination with different profiles. You could have a run profile with default run profile "Full import full sync" and another with "Delta import delta sync". Then both of them could use the same sequence resulting in different actions. This mechanism only works if using a naming convention for run profiles in all connectors in the FIM Synchronization Engine. Run profile names are case sensitive. If the scheduler tries to start a run profile that does not exist, the management agent will not be run. In the example here, the sequence Default will be run with run profile "Delta import delta sync". 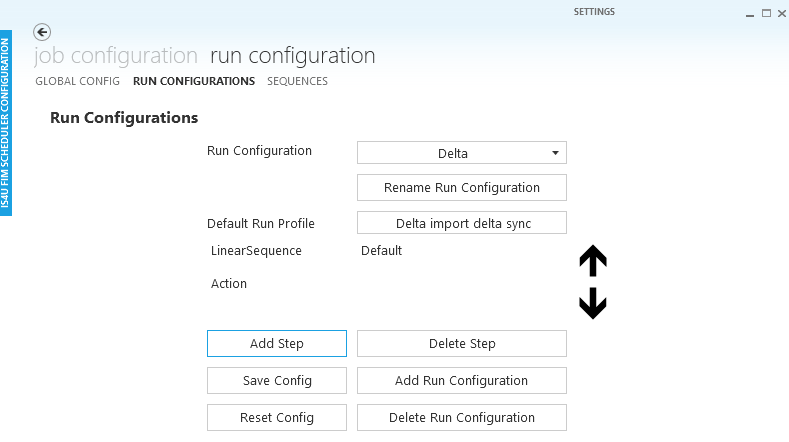 The add step button opens a new dialog where you can select the type of step. Because the server export info is read, a list of possible actions is available. However, as explained above, you do not need to specify an action. 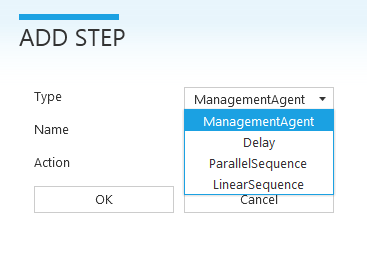 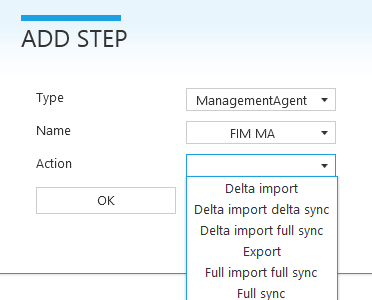 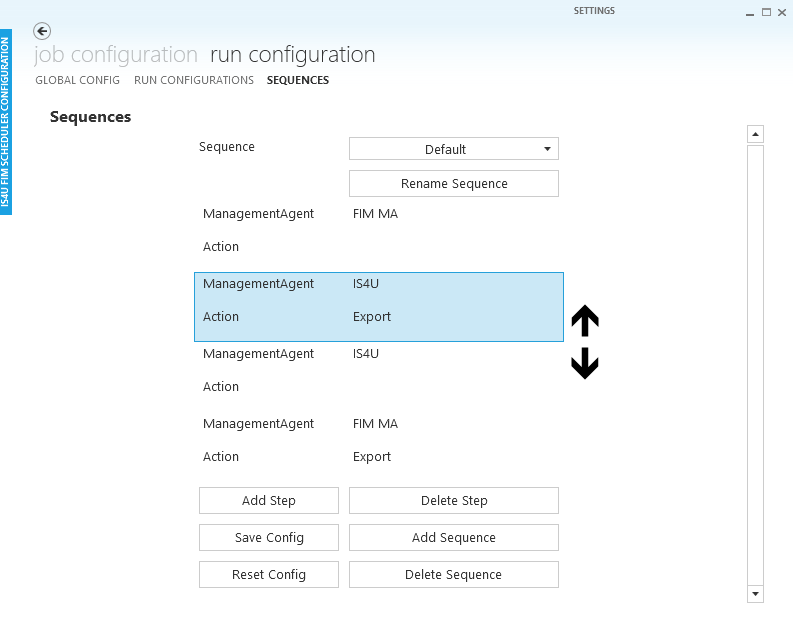 You can find the new release of the IS4U FIM scheduler on GitHub: FIM-Scheduler Release. The setup that installs the scheduler on the FIM server now also includes the GUI tool to configure it.
Posted by Wim Beck at 15:28